An insight into MST in Wigan 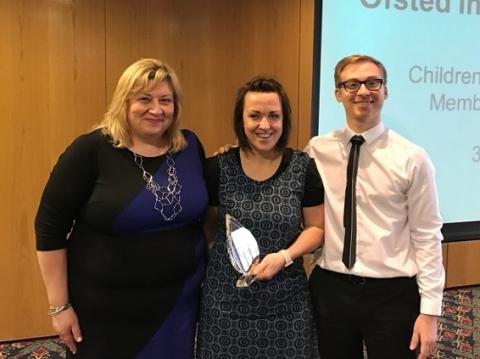 An MST Champion Does Whatever it Takes

Two years ago, Wigan (a large, former mining town in the north of England) had lots of hard-working and innovative services, but not Multisystemic Therapy (MST). Wigan took a leap of faith and commissioned its first MST team to work with complex cases on the edge of care.

One of the very first referrals to the team was Stephanie*, a 15-year-old girl with many complex behavioral problems. Numerous services over the previous nine years or so had worked with her. Eleven separate professionals/services were involved with the family at the time of the referral to MST, and everything Wigan had to offer had been exhausted.

At this point, serious questions were being raised about whether Stephanie should be removed for her own and her family’s protection. She had been admitted to psychiatric institutions for serious self-harm, running away with known criminal adults and other young people, extreme violence toward her older sibling, drug taking, alcohol misuse—Stephanie was failing school and struggling in most areas of her life.

Social worker for Wigan Council Locality 3B, Laura Protano, took a leap of faith and referred Stephanie to the newly commissioned MST team. “I wanted change for the family. They had tried every intervention we could think of, and it was getting worse,” said Laura. MST was her last hope.

At the point of referral, professional concern was at critical mass, not only for Stephanie , but for her mum and siblings.

Initally, change was slow. With every step forward, a new barrier arose. Shutting down Stephanie’s access to anti-social peers, shops that sold “legal highs” and reversing a back-to-front sleep routine that meant Stephanie slept during the day, missing school or playing video games and spending the nights chasing a thrill or getting into conflict, all made those around Stephanie question whether change was possible.

Laura could see the direction of treatment, and when calls to pull the plug on the MST intervention with this family and remove Stephanie to a secure setting were made, Laura spoke out and said, “Give this a chance.”

Stephanie ’s mum was burnt out. She’d had more than a decade of problems (first with Stephanie’s older brother and then with Stephanie). It became harder to meet with mum as she withdrew, disappearing from the home whenever there were scheduled visits. When it looked like all was lost, Laura sat down with the MST therapist and worked out what was making it so hard to engage this mum. An MST fit circle was developed (MST’s tool for working out how problems fit together) with Laura’s knowledge of the family.

Predictably, it was a complex set of circumstances. More than a decade of struggles and hard work from the family and professionals, and still, going from bad to worse is enough negativity for anyone. Mum was getting support from her friends, who were frustrated at the lack of progress and concerned about their friend, as well as the impact on the younger children. Stephanie was home much of the day and early evening, and her siblings were around, making it difficult for mum to talk with the therapist.

Laura helped out by scheduling her statutory visits to see the children with the MST therapist. While Laura took the kids out of the way, the therapist and mum worked out causal factors to problems, and drew up plans. Laura also helped the MST therapist track down mum’s friends to answer any questions they had about how MST works with families. (It requires a leap of faith to understand why in MST, we may not leap straight into doing individual work with the child.)

After that, mum was able to get Stephanie into a routine, using her friends to support her more effectively and keep her following through when things got tough.

By the close of treatment, Stephanie was drug free, away from anti-social influences, attending school and getting along with her family. As Laura put it, “MST achieved massive change that no other service could do. They thought outside the box, tried everything that nobody else thought of, were there for the family out of hours, never giving up. It’s everything in one service that 11 services didn’t add up to. It’s a complete package that’s there all the time, staff are approachable, and it works.”

Twelve months after MST said goodbye to the family, Stephanie was still at home, still attending school though with an occasional weekend relapse into alcohol or drugs. Her mum took a leap of faith and with Laura’s support, returned to the MST plans and fit circles developed during treatment rather than looking for the next service to come in. Laura continued to champion the MST plans as well. When other professionals raised concerns that things weren’t perfect, Laura reminded them how far they had come. No more daily police calls, instead any crisis that occured were managed by mum.

Stephanie’s 17 now. It’s two years since her family first met MST. She's looking to living independently. Her mum still uses the plans and interventions developed with MST. It’s not a perfect life, but it’s not a perfect world. From having swarms of professionals around the family, to just one or two, from daily child-protection incidents to the occasional drama, it took more than a leap of faith...it took close collaboration with a worthy MST champion.

Laura was nominated for a Whatever It Takes (WIT) award and received it at the MST International Conference in March 2017. If you know someone who has gone above and beyond in their role, nominate them for a WIT award here.

Garry Blackburn is an MST Supervisor for the Wigan MST team

*name has been changed to protect confidentiality