In her own words. One mum shares her story of her MST treatment 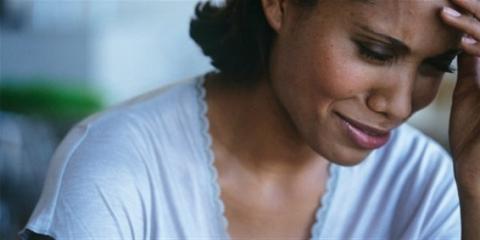 Her relationship with her 14-year-old son had broken down. She argued with her own parents because they had different parenting styles, and she felt like she could no longer go to them for needed support. Most of all Mum was scared. It seemed as if it was too late to turn things around, no matter what she did. Mum was convinced that she had lost her son. She was convinced rules, consequences and rewards would only make things worse.

What was she to do?

In Multisystemic Therapy (MST), therapists work very hard to engage families in treatment. We see our role as key to helping carers regain the hope and confidence needed to effectively manage their child’s behaviors. With this Mum, I knew when I met her that she had experienced relationships with her family and with other professionals that had fallen apart, and I needed to take it slow with her. I needed to earn her trust by helping her see that MST was going to be different. I needed her to believe that things could change between her, her son and her parents. When I received this letter from Mum, I was deeply touched. I knew that together we had achieved our goals. I knew that she had increased confidence in her parenting and that she felt like she had her son back—which after all was all that she really ever wanted.

A letter from mum: how MST works

When MST came into our lives I was deeply concerned for my son's education, welfare and his future as things seemed to be going from bad to worse and I felt like I was actually losing my son. He was not attending school, mixing with negative peers, staying out late at night and sometimes all night, smoking illegal substances, being verbally and physically aggressive and destructive and he was actually living with my parents after being bailed. It was so upsetting and distressing to see and experience and I was convinced it was too late to turn this around.

He had just been moved to alternative provision off site and his attendance was below 20%. His levels were way below average as during year 9 his attendance was appalling and when he did attend he completed very little work. His attendance is now nearer to 80% and his levels have improved — going from a U to a D in math, a subject he was convinced he would fail at. I now feel I have the confidence to implement consequences and give praise and rewards where deserved. He has recently made the decision of his own accord to give up smoking and has joined the gym and regularly goes trampolining which has helped with his GCSE PE (General Certification of Secondary Education — Physical Education) at school which he was adamant he was not going to do when he went into year 10.

The relationship I now have with my son is so much more positive and he is thriving. MST offered support and guidance where needed and helped me put things in place like a morning and evening routine, behaviour management plan and gave me lots of advice. My therapist came to visit me during my working day and evenings and there was someone always on the end of a phone to give advice if needed. I too have started to do more, joining a running club, dog walking club and going out and I feel much better about myself for this.

My son loves the predictability and structure that has now been implemented both at home and school. Our house rules are clear and visible to my son and I and I complete his behaviour sheet daily and his 4W (Who, What, Where, and When monitoring) sheets which I have found most useful — this helps me monitor where he is, who he is with, what he is doing and when he will be back.

It is really difficult to remain calm when you have an angry, verbal, hormonal, upset and know-it-all argumentative teenager hurling abuse at you but what you need to remember is that if you react to that it will only make the situation worse and things will escalate. You have to remember you are the parent so you need to remain calm and lead by example — your child learns everything from you and when their world seems like it is falling apart they will look to you for support as you are their whole world. MST has been a godsend to our family.

Kashmir Goddard is an MST Therapist for Sandwell Council in the UK.